Volunteers can offer patients valuable support at difficult points in their lives, and are themselves supported by dedicated Volunteer Managers. Lisa Taylor, Project Officer with the Volunteering in NHS Scotland Programme, visited the Victoria Hospice in Fife to find out about the roles volunteers play there. 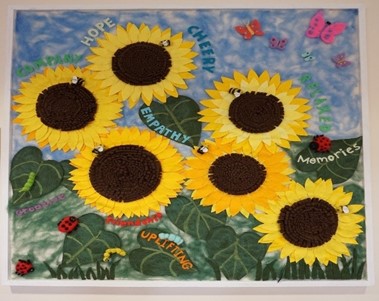 People more often than not associate hospices with death and dying, and this is certainly part of their purpose.  They provide support for people at the end of their life, alongside their families. What many people don’t realise is that many in-patients make it home, and there are many other reasons patients attend the hospice, including pain management and rehabilitation.

The message I took away from my time spent in the hospice is that it is a place where people come to live, to learn, to build friendships and to discover their spiritual self in whatever form that may be. People are reluctant to talk about death and dying, but it’s a huge part of the function of the NHS and thankfully there is an increasingly more open conversation about this.

The Victoria Hospice sits within the grounds of the Victoria Hospital in Kirkcaldy surrounded by beautiful gardens. It has a gentle and calming atmosphere and is a busy hub of productivity with various volunteer led groups for patients. These include floral art, knitting groups and groups where people can just have a blether.

Volunteering takes place in many forms here. There are volunteer hairdressers, volunteer beauticians, and volunteer befrienders, all adding great value and complimenting the staff team. I met with one of the Volunteer Drivers, who provide an invaluable service taking patients to and from the unit.

Stewart Daniels has been a volunteer driver with the Victoria Hospice for three years.  When he retired from the Strathclyde Police Force ten years ago, he became interested in a volunteering role, and was told about volunteer driver roles through the Retired Police Officers' Association.

I asked Stewart about his role and he told me, "This is the most fulfilling role I’ve ever had. I'm available to patients any day of the week, and I do on average 2 or 3 sessions per week. I am always given one week’s advance notice of my schedule and I absolutely love being a volunteer driver."

I asked Stewart how he is supported in his role and he stated, "I am very well supported in my role at the hospice. I must say that the Volunteer Manager here is very invested in ensuring that volunteers are looked after.  She does an excellent job."

Stewart told me that at times it can be difficult when he gets to know patients and they pass away, but was optimistic that he was a positive source of help saying, "For some patients attending the day hospital is the highlight of the their week, and part of my role is to improve their day. I feel I can do that by making their journey comfortable and providing a listening ear, when required”.

I asked Stewart about his expectations of the hospice when he began his role. He explained, "I had no experience of being in a hospice setting, and I did anticipate that it would be downbeat. However, I have found it to be one of the most vibrant places and I think that is testament to the staff and volunteers." 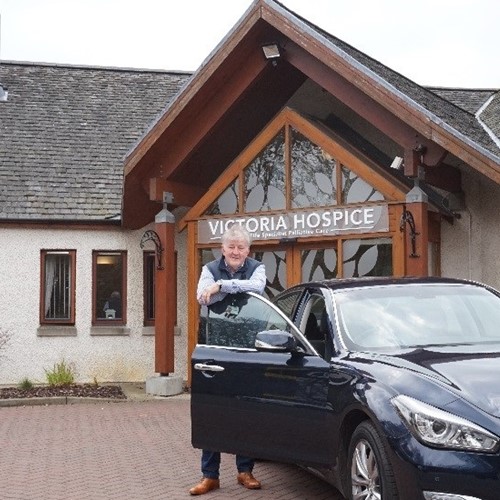 The hospice has a staff team of 61 including doctors, nursing staff, occupational therapists, support staff, counsellors, domestic and office support staff. I spoke with Staff Nurse Charlotte Ovenstone and asked her how volunteers impacted on the hospice staff and patients. She told me, "The volunteers are fantastic and really help us. They allow us space and time to focus on clinical tasks, and volunteers build some truly meaningful relationships with patients.” She continued, "It is so important to patients to communicate their goals and fears and tell the story of their life. They can express all the amazing things they have done in the world. Our volunteers are excellent communicators and it's actually difficult to put into words just how important they are to the hospice."

The volunteers are fantastic and really help us. They allow us space and time to focus on clinical tasks, and volunteers build some truly meaningful relationships with patients. 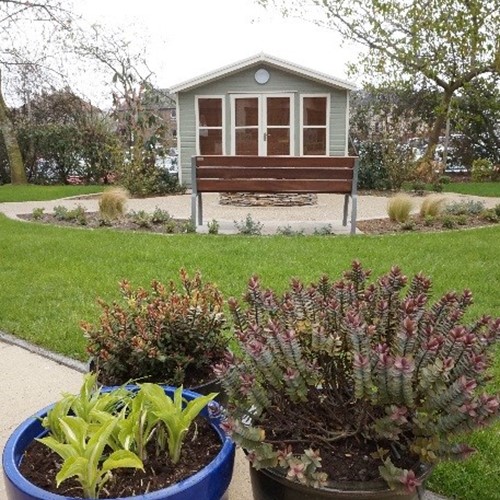 The Victoria Hospice has a dedicated Volunteer Manager, Teri Perry. Teri is spoken highly of by volunteers and staff, and takes on a varied and busy workload to ensure the volunteers are safe, and that their roles are sustained and effective. Teri has been in post for 14 years and recruits all the volunteers, of which there are currently around 80 in placed roles. Teri carries out research to better understand and improve volunteering in the hospice and develops all the roles.

I asked Teri about the recruitment process and she explained to me that due to the sensitive nature of the roles, she takes each prospective volunteer through an initial visit, so they can get an idea of the role and location. She sends each volunteer away with information to read and they have some time to decide. She says that it is not always for everyone. Often people who have been bereaved are keen to apply to volunteers. However, she cautions, "Volunteers in the hospice environment have to be quite resilient. We spend time at the initial interview finding out what each applicant's reasons are for wanting to volunteer and what their motivations are." She went on, "We also ask that people don’t come to volunteer directly after a bereavement. We ask that they take some time out before being back in this type of environment."

Teri has a robust infrastructure in place around recruitment and has an open door policy when it comes to support and supervision. There is a real sense of kinship and community with staff and volunteers working well and having much respect for one another.

Teri offered some final words around what makes volunteering in the hospice so important: "The palliative care journey is the loneliest journey in the world, and offering our patients companionship is fundamental to all volunteer roles. There is a quote that I really enjoy: 'The things you do for yourself are gone when you are gone, but the things you do for others remain as your legacy.'"

The palliative care journey is the loneliest journey in the world, and offering our patients companionship is fundamental to all volunteer roles. There is a quote that I really enjoy: "The things you do for yourself are gone when you are gone, but the things you do for others remain as your legacy."

Stewart, Charlotte and Teri were interviewed by Lisa Taylor as part of Volunteers' Week 2019.