Guidance on Reimbursement of 'Out of Pocket' Expenses for Volunteers

Guidance on Reimbursement of 'Out of Pocket' Expenses for Volunteers

In October 2022, the Scottish Government updated its guidance on 'out of pocket' expenses for volunteers involved directly with the NHS in Scotland. The guidance seeks to promote a consistent approach across all NHS boards.

The revised guidance has been developed in line with
expense rates (with the exception of mileage rates, see
section 5 below) payable to NHS Scotland staff as stated
in the NHS handbook NHS Terms and Conditions of
Service Handbook (Scottish edition).

CEL 23 (2011) issued in September 2011 provided
guidance on Reimbursement of ‘Out of Pocket’ Expenses
for Volunteers in NHS Scotland. This letter and the
attached guidance, update and replace CEL 23 (2011).

Object reference not set to an instance of an object. 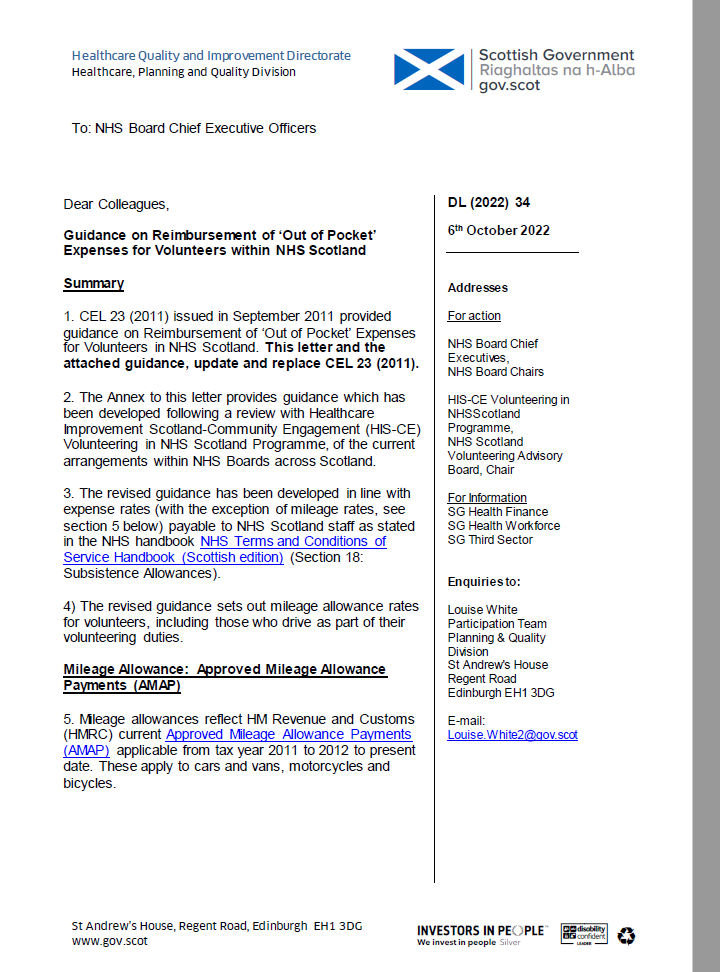